George Floyd Square in South Minneapolis appeared both joyful and mellow on a Sunday afternoon July 11 with the sounds of gospel music and preaching emanating from a parking lot on one corner and an informal meeting of minds on another. Xavier Tavera and Maria Cristina (Tina) Tavera were there with fellow artists and supporters of the Social Justice Billboard Project that sits on top of buildings on the corner of 38th and Chicago avenues. 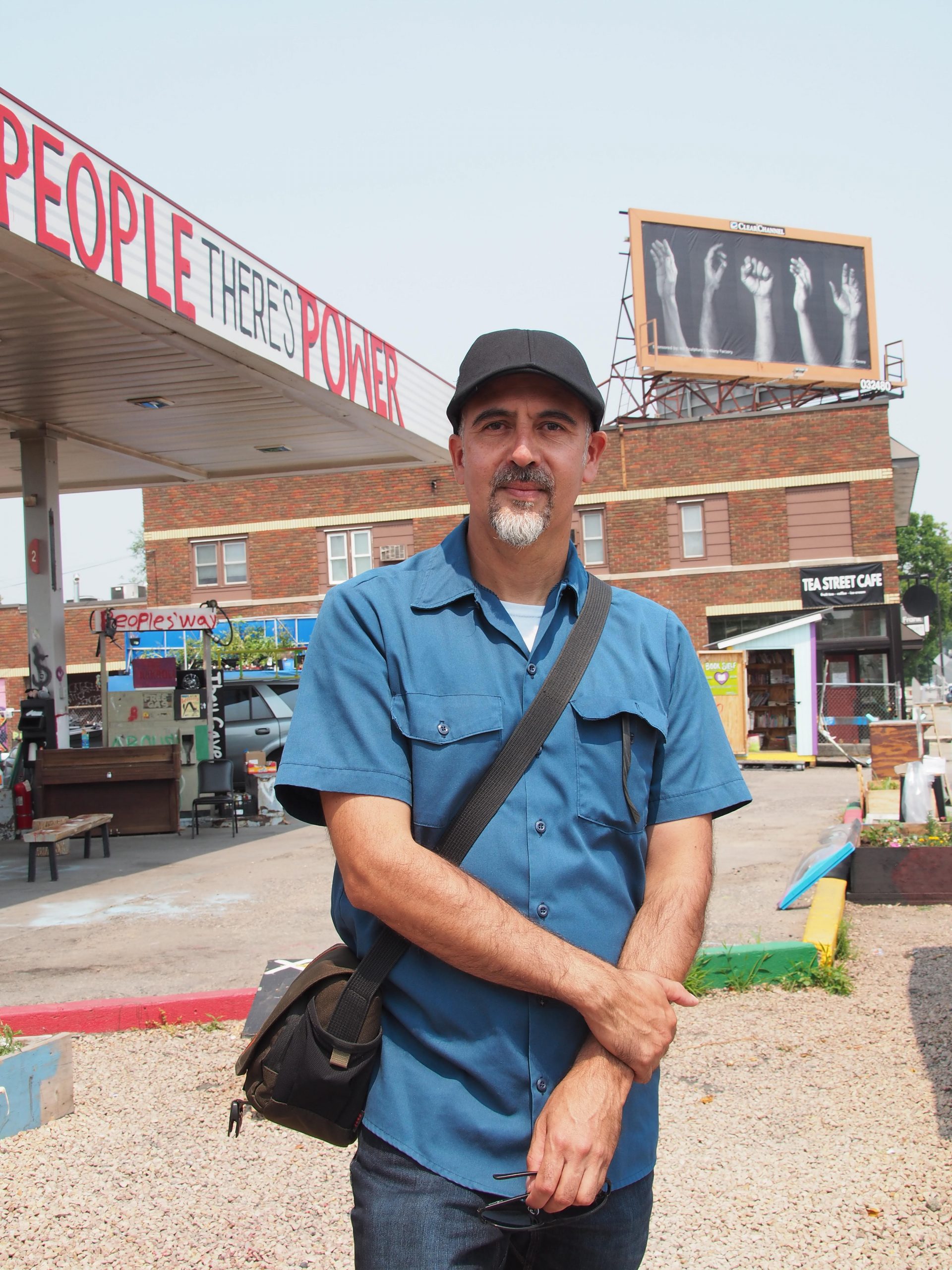 Xavier’s portrait-style photographs of hands making various symbols or gestures comprise “Unified,” the second of his billboards. The hands are modeled by Black, Indigenous, Mexican and Chicano people. “It shows what the gesture of a hand can do in uniting … from the ‘60s ‘power to the people,’ to pleading, to (in the hand on the right) a hint of faith, or peace,” Xavier said. “Most of us have two hands. They are the tools we have; they can be used to nurture, to protest, to harass, or hit. Powerful tools.” 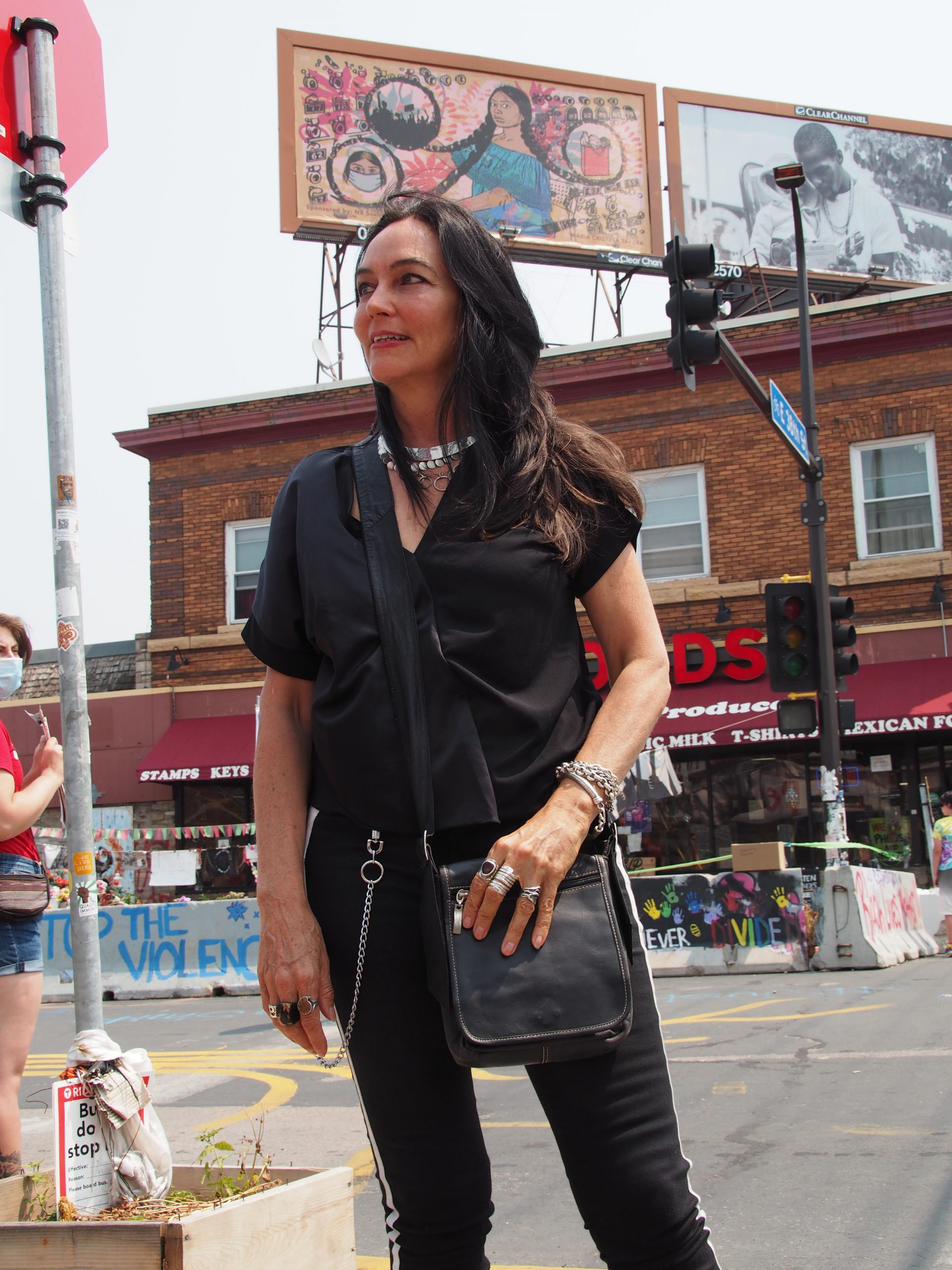 In Tina’s billboard, a Latina’s braids encircle symbols of community in a field of numbers from the old telephone switchboards, where many early immigrant Latinas found work as “cable girls” or operators, because they were small and could fit into the tight quarters. The billboard is adapted from a screen print featuring fabric patterns from a traditional Mexican blouse.

Tina lived in Northeast as the arts scene was first developing here, and for the last decade the two have lived just a few blocks from Cup Foods where Floyd died. Tina described participating with community members of all races in “mutual aid mentality” responses to the ensuing violence. There was a food collection that eventually overflowed the space at Sanford Middle School and a food shelf was created at El Colegio High School and still exists. There is still a take-what-you-need drop-off spot at the square.

Community members maintain a list of demands. So that the angst of the experience is not for naught, “To combat the socioeconomic disparity and injustice … There has to be a sociological shift,” Tina said.

The Social Justice Billboard project is coordinated by NE Sculpture, https://ne-sculpture.org/, which changes the images periodically. A third billboard currently at the site is by Patience Zalanga (to the right of Tina Tavera’s). Zalanga is a recipient of the Walker Art Center’s Community Artist Award.

Communities reflect themselves in public art