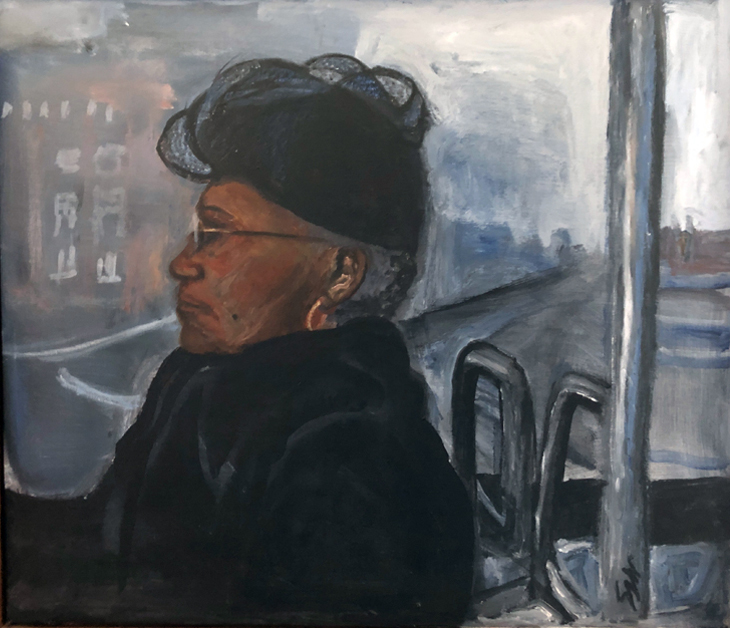 I was in Philadelphia and stayed over the weekend to explore. On Sunday I took the bus to another area of the city. This woman sat across from me, perhaps going to church.  I was struck by her elegant poise. Her hat and her profile framed by the city on a misty morning spoke to me. Its relationship to the theme of passages is perhaps quite literal as she was in transit, but also represented a movement from her day to day world to her church community, a respite of sorts and a passage which was greeted by an effort to dress up for the occasion, complete with an elegant hat. 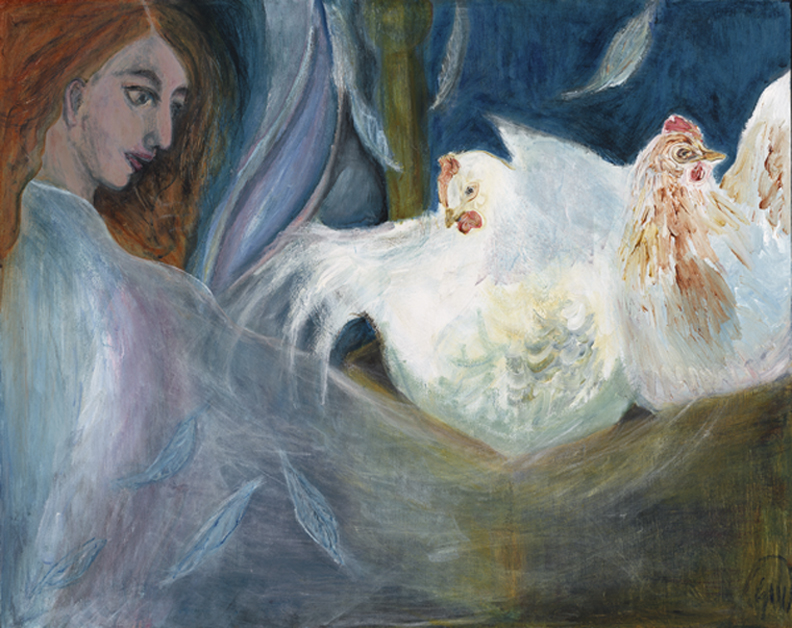 Sleeping With the Chickens

This work was done as part of a series of oral histories with Jewish elders who either were immigrants or grew up in early immigrant communities.  Shirley grew up within the immigrant community on the North Side. Everyone spoke Yiddish and Old World customs were very much a part of their world.  She shared with me a story of when she would stay with her grandmother overnight. Next to the bed were two live chickens in a box. Shirley very vividly remembered those sleepless nights as she nervously eyed those chickens while she lay on the feather bed filled with the feathers of past chickens. The next morning her grandmother would take them to the butcher where they became dinner. Then she would sit in the backyard and “flick” them. This painting relates to how in the passage of time, Old World customs fade into story. 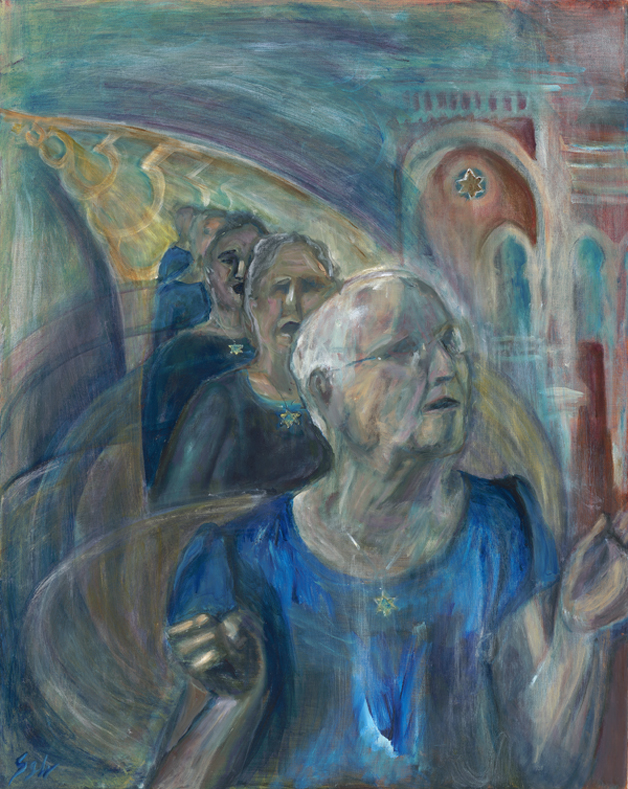 This work was based on a series of oral histories with Jewish elders who either were immigrants or grew up in early immigrant communities. They came to the US throughout the 1900s. Rakhil is an immigrant from the former Soviet Union who followed her daughter to the US. Her daughter was seeking to raise her children in an environment free of antisemitism. After completing a series of interviews, I developed artwork on their stories. Many of Rakhil’s stories related to the handing down of cultural history through food, song and story. Typically, it was handed down from mother to daughter. She recalled her mother leading them in song around the Passover table and proceeded to sing many of the songs for me. I imagined a series of mothers, each with their own table, singing out to future generations, compressing time. The relationship to the theme is multi-layered. It looks to how we pass on heritage to the next generation and embedded within it are elements of her life story, including elements that led to her immigration.