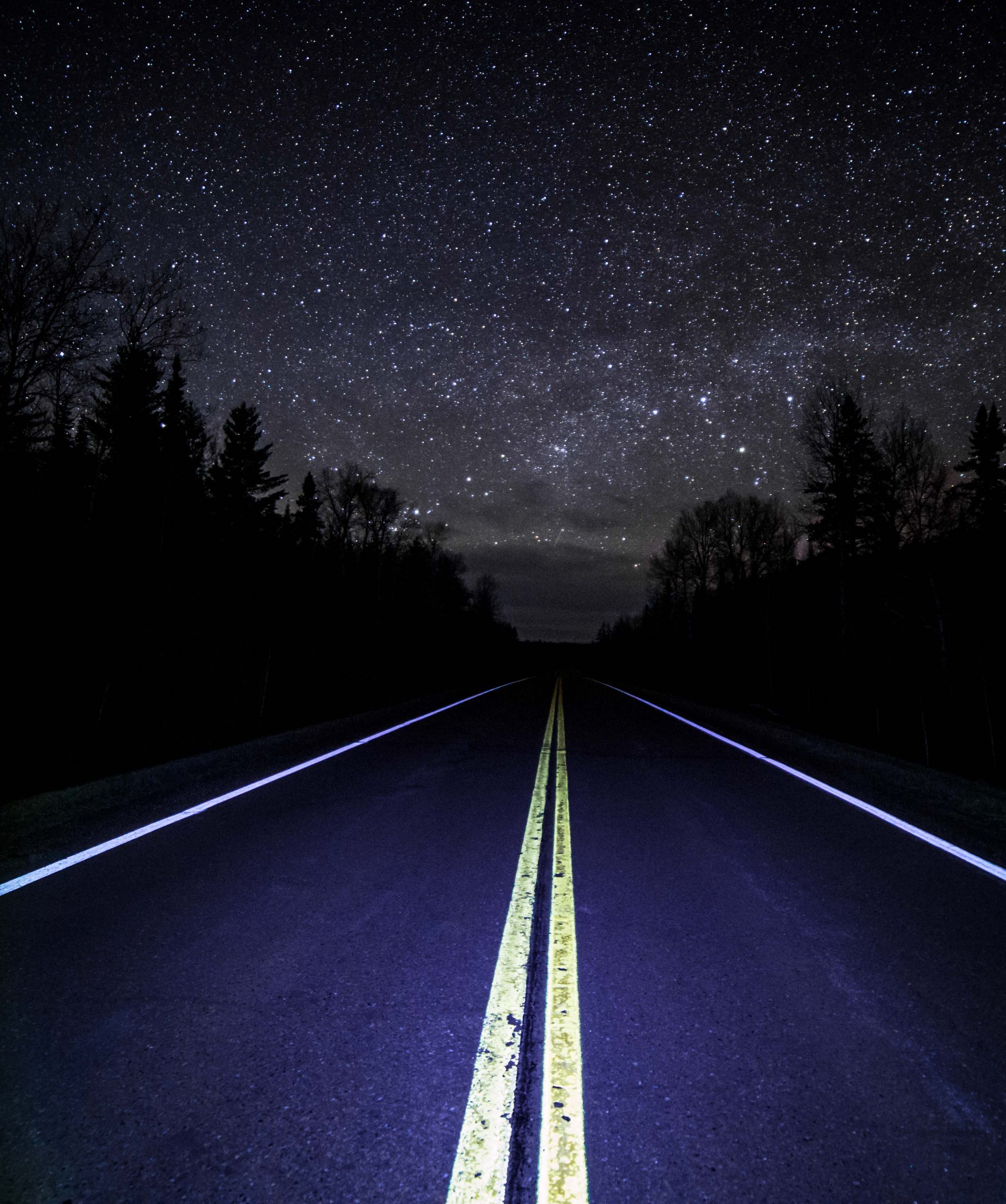 The road in this picture is the Gunflint Trail – the literal passage into the Boundary Waters Wilderness Area, a place that is special to many Minnesotans. In addition, this photo also reveals a metaphor for our passage through life. The road is lit up in the foreground, representing our awareness of where we currently are. It fades to black in the background, representing uncertainty and unknown elements. Finally, the road blends into a star-filled sky, representing our goals and possibilities – – all things are possible on this passage, we just need to get there. Finally, this image often serves as a passage to memory. Many people have seen this image hanging in my gallery and reminisced about a road trip they took or a job that had them frequently driving remote roads. All of these passages come together in a sense of hope and promise. 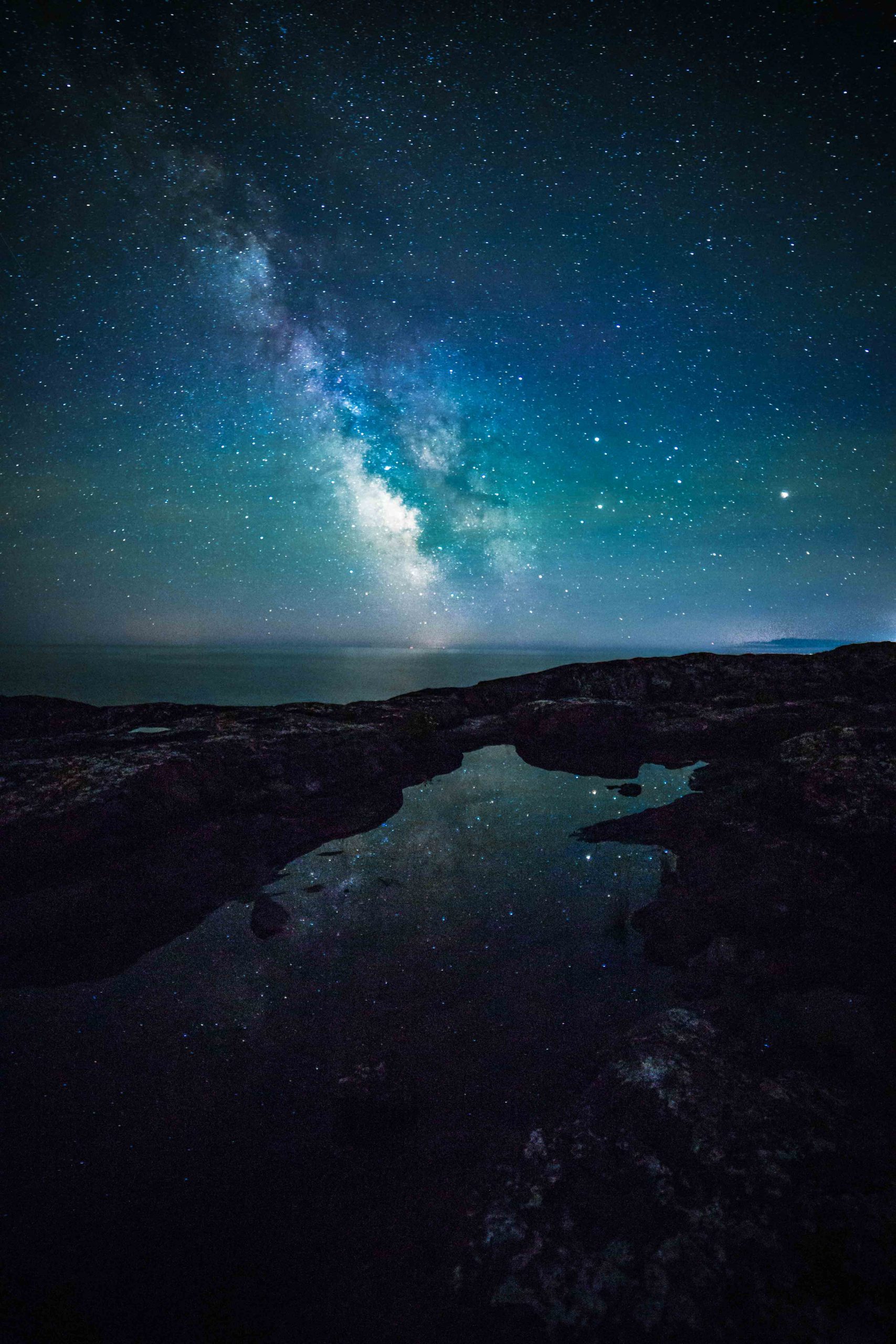 I’m a huge science fiction fan. Any astro photography gets me thinking of traveling passages between the stars in a state of the art space ship. The Milky Way, in particular, heightens that feeling with the path of stars laid out across the sky. In this picture, the puddle forms the runway, leading to that path and the adventures waiting while on it. In addition, this picture was taken very near Father Baraga’s cross in Schroeder, MN. While not appearing in the photo, this cross was originally erected by Father Frederic Baraga, in commemoration of his successful passage across a rough, stormy Lake Superior in 1846, giving it a hidden “passages” association as well! 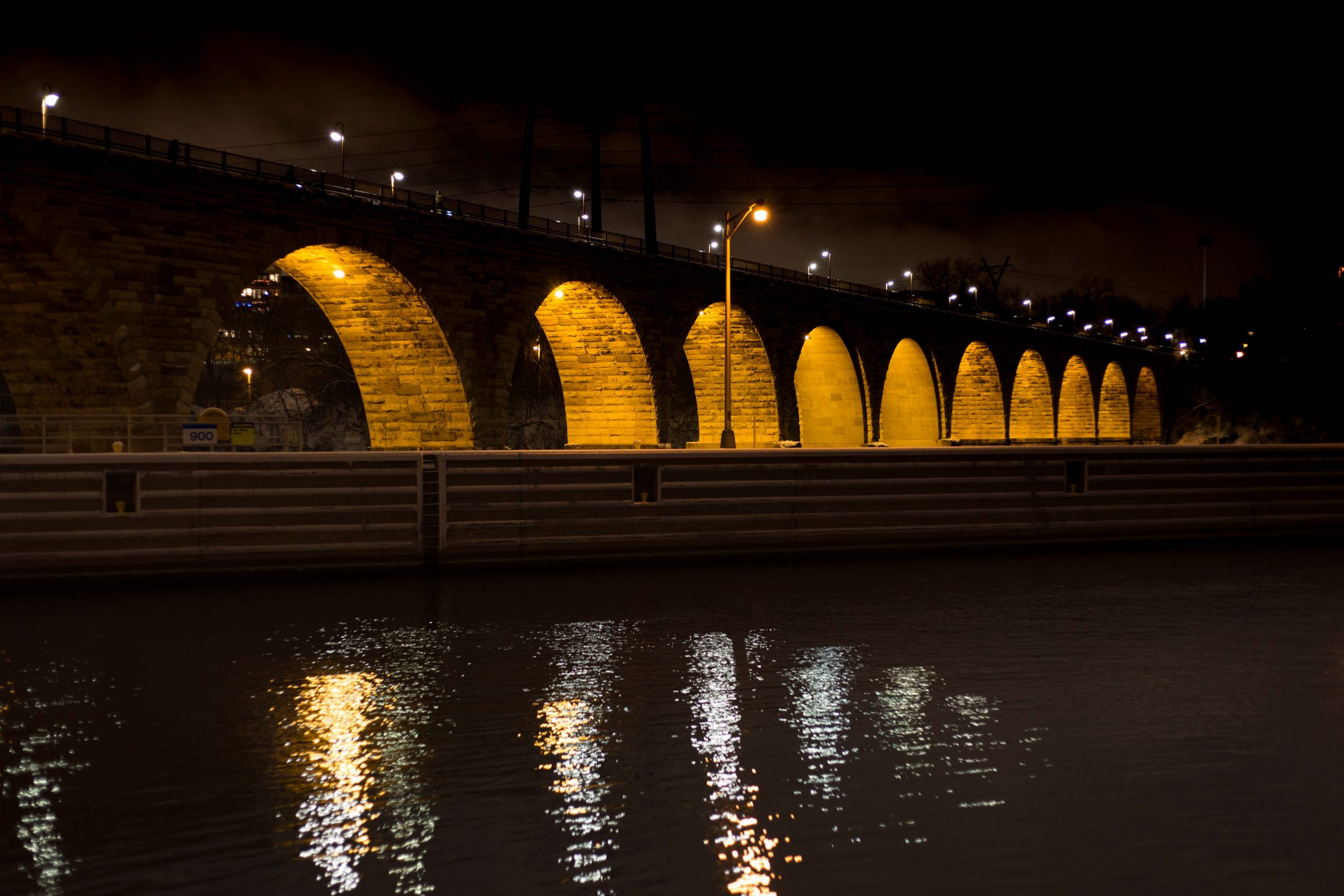 Statement (image 3):
This image of the Stone Arch Bridge in Minneapolis displays 3 different passages. First, is the bridge itself. Originally built in 1883 as part of the Great Northern Railroad, it supported the passages of up to 80 passenger trains a day. Now, it provides a connection between park space on both sides of the river, allowing many people to pass from bank to bank each day. Second, the Mississippi River is a passage, serving throughout human history as a way of moving goods and people. Finally, the lit up archways are each a passage. As the bridge recedes into the back of the picture, the archways reveal less and less of what’s one the other side. They become passages of imagination – magical lit portals to whatever we want to be on the other side.