Arts figured prominently in the Northeaster newspaper’s awards from the Minnesota Newspaper Association’s Better Newspaper Contest, judged by journalists from another state. 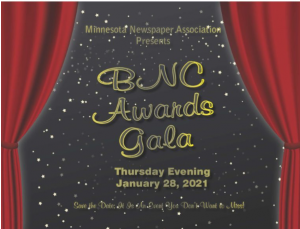 The Northeaster won a first place for Use of Photography as a Whole in its circulation category, and Mike Madison, a photographer with studio in the Casket Arts Building won a first in Portrait & Personality for his portrait of Warren Thomas Fenzi. Liz Jensen’s story on Tuscaloosa, a movie directed by Philip Harder of Northeast (and filmed partly here), won a second place in Arts & Entertainment writing. Margo Ashmore’s historical tribute to artist Aldo Moroni, published several months before his death, came in third in the same category. A September 2019 article, “NKB to sell” placed third in business stories for non-dailies 7,001 and up.

The newspaper also won third-place awards for use of color in advertising, hard news, feature photo and photo story, representing a broad selection of reporter contributions.

The Wary and the Fierce

LeFlore will be part of “longest Mural in Minnesota”